DON’T THINK THAT BECAUSE we have 10 big names neatly profiled below that we haven’t pulled our hair out over this early-season forecast. Intelligence gathering in this sport can be more than challenging at times.

This is one area where college football, for one, has cross country beat. Usually, after a team’s first football game of the season, the media has a solid idea of who’s healthy, who’s fit and what they had for breakfast on game day. Not so in the harrier sport, where few of the big stars even appear in a team’s early meets. And every year there are some big contenders that we only see once or twice before nationals. So, we fall back largely on last school year’s results, building on XC with what subsequently happened in track season.

Four of last year’s first 6 return, and they dominate the top end of our picks: 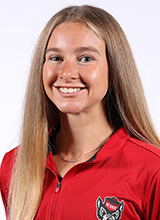 The wunderkind out of New York has come into her own as a collegiate competitor. She placed only 15th as a frosh last year but really showed her potential in track, placing 2nd in both the 3000 and 5000 at the NCAA Indoor, then winning the 5000 outdoors in 15:18.39. She showed she has solid speed with her 4:06.84 win in the ACC 1500. With the Wolfpack being the favored team — and with Tuohy’s training partner Kelsey Chmiel being another top contender — it’s likely that Laurie Henes will coach her top stars to stick together as long as possible in the race. 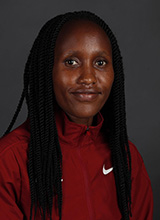 Last year’s runner-up, she placed 3rd in the NCAA Indoor 5000 and 4th outdoors. The longer the better, as she handily won the track 10,000 by more than 10 seconds with her 32:37.08. Last year, she won SEC titles in cross country as well as the 5000 (in/out) and 10,000. Most notably, the last time this race was held in Stillwater, she took the victory by 5 seconds over Taylor Roe. If the Kenyan senior can use her strength to get away from Tuohy and the rest of the speed merchants before the kicking starts, she stands a good chance of returning to the top. 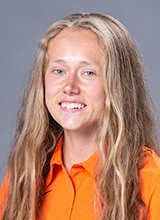 The runner-up last time the meet was in Stillwater, Roe then placed 5th last fall. Indoors, she showed plenty of speed in winning the NCAA Indoor 3000 in 8:58.95, using a gutsy burst from 800 out to run away from the field. Outdoors, she PRed at the 5000 in 15:21.47 then placed 3rd in the NCAA race. The senior’s familiarity with her home course should definitely give her an edge. 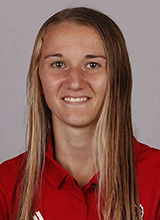 Consistency is Chmiel’s strong suit. In March ’21, she was 9th on the Stillwater course. In last fall’s championships, she improved to 6th. After placing 6th in the NCAA Indoor 5000, she missed the outdoor campaign with an apparent injury. The school’s press releases indicate she’s back, albeit with no details. We’re going to hope and assume that she’s at full-strength for our purposes here. 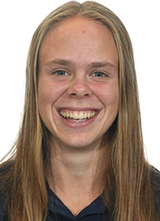 The Canadian demonstrated great progress on the NCAA learning curve, placing 42nd last March in her first championship and improving all the way to 3rd in the fall. On the track, she produced an 8:52.52 PR indoors, then focused on the steeple outside, winning the Big 12 and taking 3rd in the NCAA. She went on to win the Canadian title in a PR 9:30.69 and competed at the Worlds. 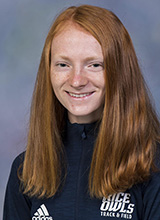 The Conference USA champion — and South Central Region winner — placed 19th in March ’21 and then 45th last fall. She missed the indoor season while battling with an autoimmune disorder but recovered well enough to take 2nd in the NCAA 10,000 at 32:48.07. The pre-med student has said that the illness helped her put running in perspective and make her a better competitor. 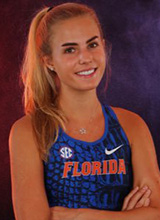 Only 27th last fall, the Florida soph really got on the radar with her come-through 2nd place in the NCAA Outdoor 5000 to clinch the Gator team win. Her time of 15:20.10 marked a massive improvement from her PR a year earlier, 17:14.57. Even more remarkable was that she had come back from a broken foot she suffered during the winter. 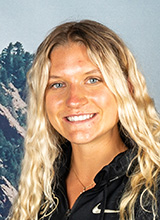 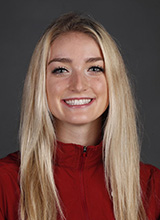 A surprise 3rd-placer when The Nationals was last hosted by Oklahoma State, the Tide junior clearly has what it takes to excel on the challenging course. She dropped out of sight last fall and indoors — probably dealing with injury — but recovered for a solid outdoor season on the track. She clocked 15:42.27 to place 2nd in her East Regional race. If healthy — the same caveat that applies to every runner mentioned here — she could be a factor. 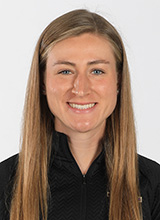