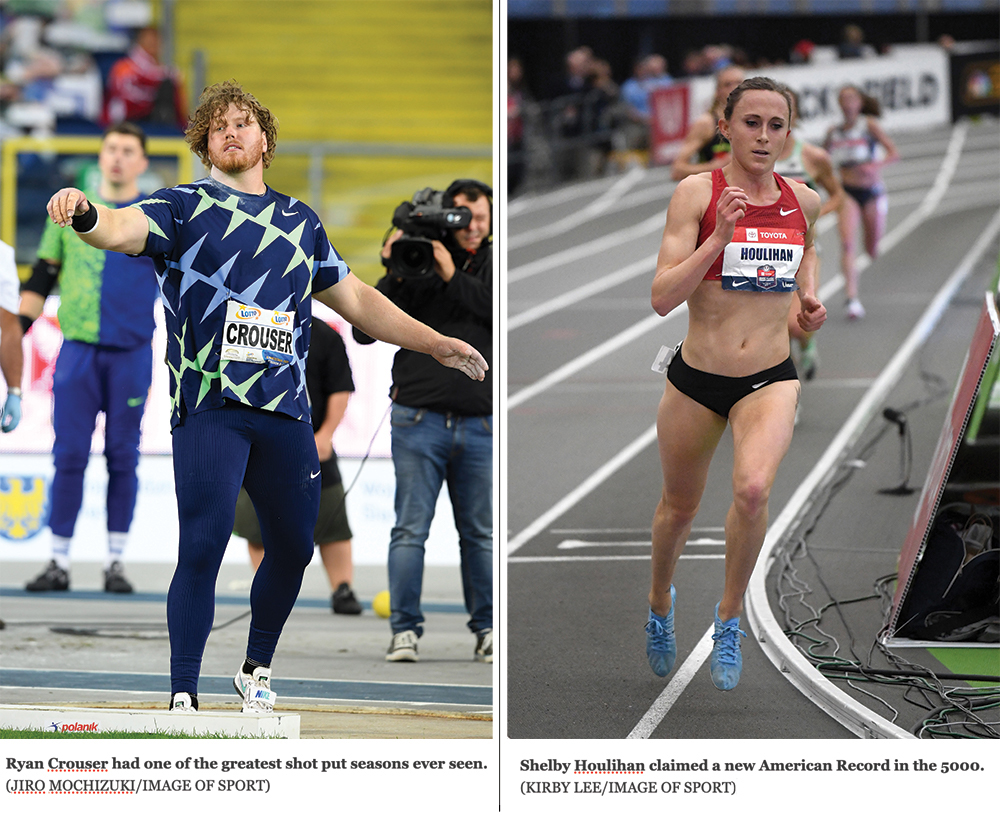 Choosing our top Americans of the 2020 season was very easy on the men’s side, but not so much so on the women’s.

A recipient of Honorable Mention honors in the World MVP section, the planet’s top putter banged out long throw after long throw, raising the record for most 74-footers in a single year from 4 to an unreal 14. In a campaign in which his margin over No. 2 on the yearly list was just over 3ft (2.98m), the undefeated Crouser had the year’s 37 farthest throws (and a boggling 46 farthest among Americans).

There was no obviously dominant U.S. woman, but Houlihan had the best set of credentials. In the big-wins department she again kicked her way to a 1500/3000 double at the USATF Indoor Championships. Marks-wise she destroyed her own American Record in the 5000 by more than 10 seconds with her 14:23.92.