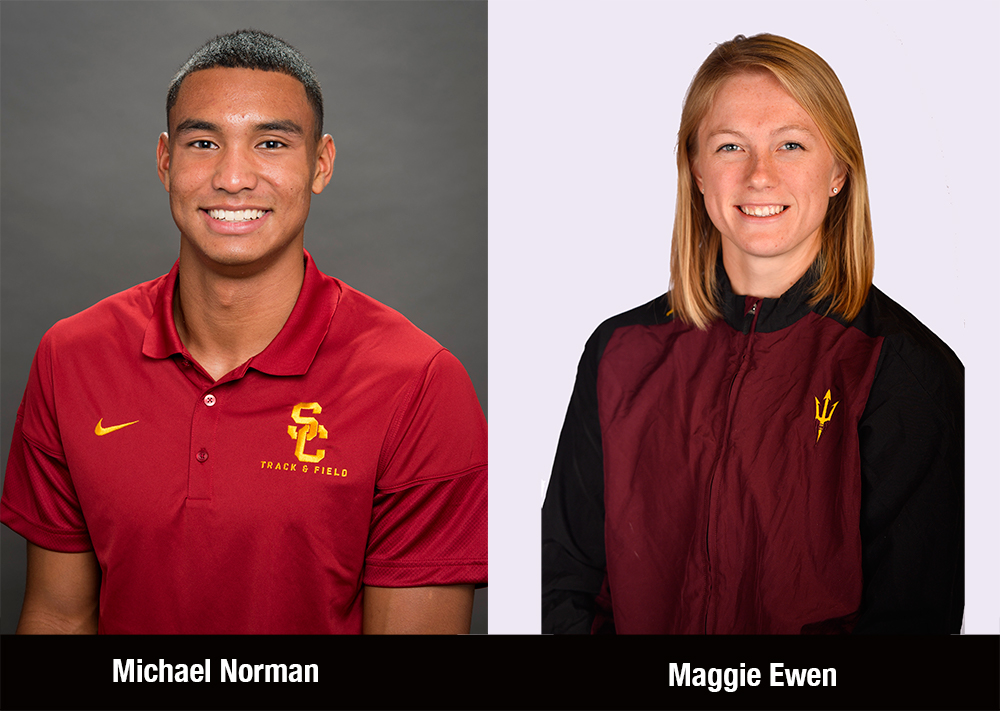 A pair of long hurdlers—Rai Benjamin of USC and Sydney McLaughlin of Kentucky—turned in the top single performances of the collegiate outdoor season with their CRs of 47.02 and 52.75. Each ended up with only honorable mention honors in our selection of Collegiate Outdoor Athletes Of The Year. Narrowly edging out Benjamin and McLaughlin were Michael Norman of USC and Maggie Ewen of Arizona State.

In becoming the first Trojan men’s winner of the honor, Norman not only ran 43.61 at the NCAA, but also produced the fastest collegiate relay split ever, 43.06, at the West Regional.

The all-time winners (women are listed with the last name they were using at the time):

A Great NCAA For The Houston Men

Hobbs Had To Stay In Her Zone

Benjamin’s Fast Flight Of Hurdles Puts Him Among Legendary Names