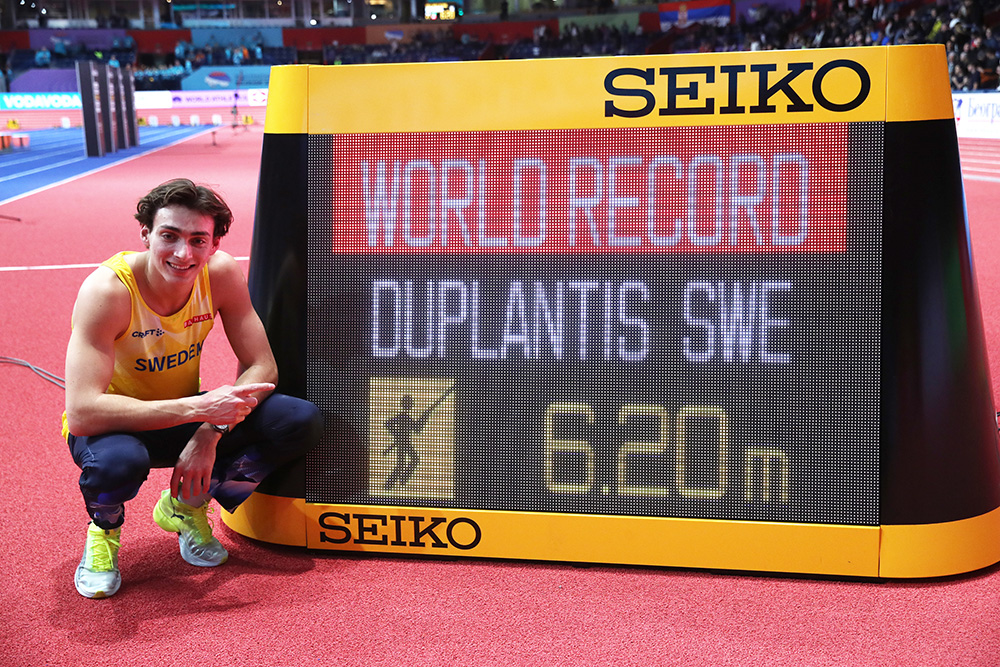 MONDO DUPLANTIS IS NO STRANGER to our annual Indoor Athlete Of The Year honors, and here he is again. His amazing sequence started in ’16 when he received Honorable Mention status in the High School honors as a soph. He followed up with HS AOY honors in ’17 & ’18, was HM as a collegian in ’19, first won World AOY honors in ’20 and is back on top again this year.

Undefeated, won World Champs gold, tied the World Record. In many/most years that would be enough to earn you AOY status, but for hurdler Grant Holloway it was only good enough for a second straight year of being just behind No. 1.

Joining Holloway in the HM category were 1500 WR setter Jakob Ingebrigtsen (despite a loss at the WC) of Norway and Canadian heptathlete Damian Warner who moved to No. 2 on the all-time list at 6480.

Were it not for the fact that he had the ghost of Holloway to chase, Cunningham would have had the best collegiate 60H season ever. As it was, at 7.38 the Seminole senior was just 0.03 off the CR and for good measure added the Nos. 3 and =5 twice performances ever. He lost only to Holloway.

Honorable Mentions: NCAA 800 champ Brandon Miller (Texas A&M) who also set an American-born CR of 1:45.24, Abdihamid Nur (Northern Arizona) with an NCAA 3/5 double and Randolph Ross (North Carolina A&T) for moving to No. 3 on the all-time world list with his 44.62 nationals win. 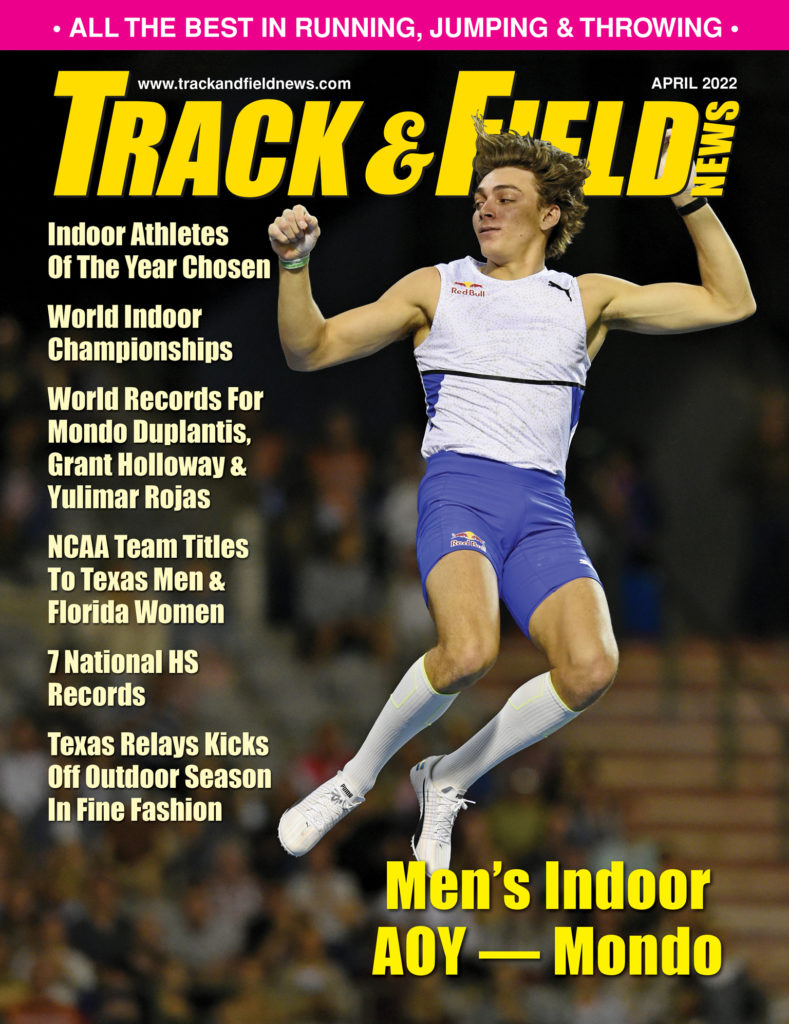