Just as favored and defending men’s squad Northern Arizona dominates our top individual picks, the New Mexico women’s team, also defending (and having won twice in the past 3 seasons) rolls heavy with potential low-stick scorers, at least from the nigh-on-blank slate of the third week in September. We’re as curious as you are to see how clear or foggy our future-vision will look come November 17 when the 38th women’s title meet goes off in Madison. 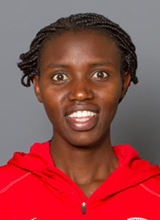 The Kenyan never lost a harrier race in ’17, including the Nationals, as she led the winning team. It’s hard to argue with that and prior high placings (12 in ’15 & 4 in ’16) for her former school, Liberty, show last year’s win was hardly a fluke. She PRed at 5000 (15:19.03i) 2 weeks after the XC finale, and placed 4th in the event at the ’16 track nationals and 6th last year. She figures to have plenty of teammate support with 3 other Lobos in our top 8. 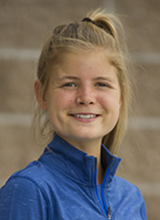 The 2-time NCAA steeple champ placed 4th overland in ’17, top returner behind Kurgat, who finished 12 seconds ahead at Louisville. The Alaska native’s roots suggest that if Madison throws a Midwestern snowstorm or deep freeze at the field she won’t balk. Ostrander’s 9:38.57 steeple PR sits her at No. 9 on the collegiate all-time list. She has run 15:21.85 for 5000. Bronco coach Corey Ihmels says, “I think she could be a really good 10K runner. I’ve had some good 10K runners in the past [including ’12 NCAA harrier champ Betsy Saina when Ihmels was at Iowa State] and she’s as good if not better.” Ostrander’s first fall ’18 outing at the Sundodger Invitational was a cruise of a win with teammates in the next 3 places. 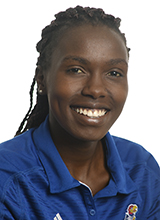 A 2-time Big 12 champ, the Jayhawk leader hails from Eldoret, the Kenyan crucible of stars that is also Kurgat’s hometown. At the ’17 nationals Lokedi placed just 44th but she was 5th in ’16 and 10th a year before that. Her bounceback from cross to track last spring was high: NCAA Indoor 3K/5K placings of 6th & 3rd, and outdoors she won the NCAA 10,000 crown. 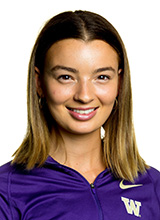 The Husky transfer from Oregon is New Zealand’s Junior recordholder at 1500 (4:11.19 in ’17) and raced to 3rd in the NCAA 5000 last spring and at the West Regional PRed at 15:34.44. In cross last fall she placed 21st at the NCAA after finishing 7th at the high-powered Pre-Nationals affair (third-highest among ’18 returners). 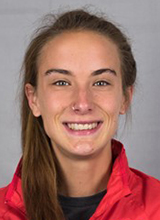 The Canadian scored a high finish in the ’16 World Juniors steeple (6th) with a 9:44.62 PR as a Washington frosh. After transferring south to the Land Of Enchantment she was third woman (12) on the NCAA champ Lobo harrier squad. On the oval last spring she steepled to 2nd at the NCAA. In a candid blog post she published this fall she admitted to struggles in the past with an eating disorder. “Even now I check back in to make sure that I’m keeping my priorities in order, and putting health and happiness first,” she told Canadian Running. “I’m feeling confident again that running is the right thing for me. I’m truly enjoying it.” 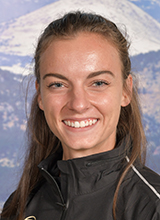 The ’17 Pac-12 champ who won the previous winter’s NCAA Indoor 3000 and then an outdoor conference 1500/5000 double placed 10th at cross nationals for the Buffs last year. After that she grabbed an NCAA Indoor 2nd in the mile. Injury scotched her ’18 collegiate outdoor campaign but she roared back for 5th in the USATF 1500 after PRing at 4:07.33 in June. 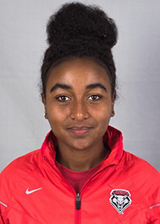 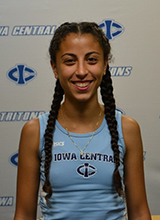 The Israeli standout brought her talents to Iowa Central CC last year and won the JUCO title. On the track, she netted 5 national crowns (indoor 1000 & 3000 and outdoor 1500, steeple & 5000). Over the summer she hit her high point so far, steepling 9:29.74 for 5th at the European Championships. Her move to Joe Franklin’s Lobo squad bolsters the team favorite’s prospects substantially. 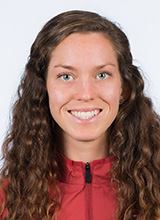 Leader for the 4th-place Cardinal team in ’17, placing 13th, the Californian did not make it to the track finale NCAA last spring, but she ran a personal best 5000 (15:34.44) in Portland that same week. 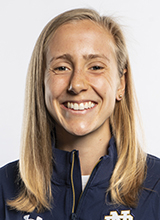 Health issues have challenged the Irish star for much of her collegiate career but the résumé is impressive, featuring NCAA placings of 6th in ’15 and 3rd in ’16. Before that as an Indiana prep she won Foot Locker showdowns twice in ’12 and ’14. After turning track bests of 15:29.83 and 31:58.99 in ’17, she spent much of last school year on the shelf but regained enough form late in the spring to place 6th in the NCAA 10,000 and 10th in the USATF 5K.