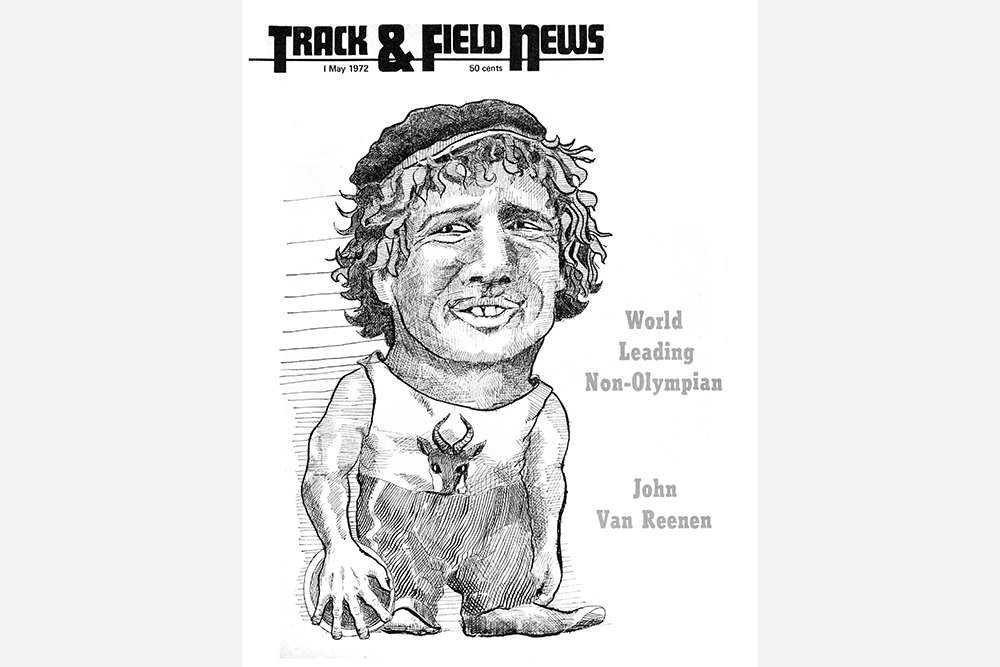 His passing on Tuesday, August 21, reminds us that John van Reenen holds a unique place in the annals of T&FN’s 70+ years of chronicling the sport: he’s the only person who has graced our front cover with a “selfie.” That was in the days before selfies were a thing, of course. As an accomplished artist John didn’t need to take his own picture, he simply looked in a mirror and crafted a caricature we liked so much we put it on page 1.

What follows is that May ‘72 cover and the 2-page story I wrote that went with it. I was the magazine’s statistician in those days and didn’t do much feature writing, but since I had been John’s teammate at Washington State, I got the honor of crafting the piece in a year where he was doing his best throwing ever, but was doomed not to be able to throw in the Olympics because of South Africa’s apartheid policies. He nonetheless earned No. 4 in the World Rankings, the highest place he ever scored.

Click here to view that cover and feature story.