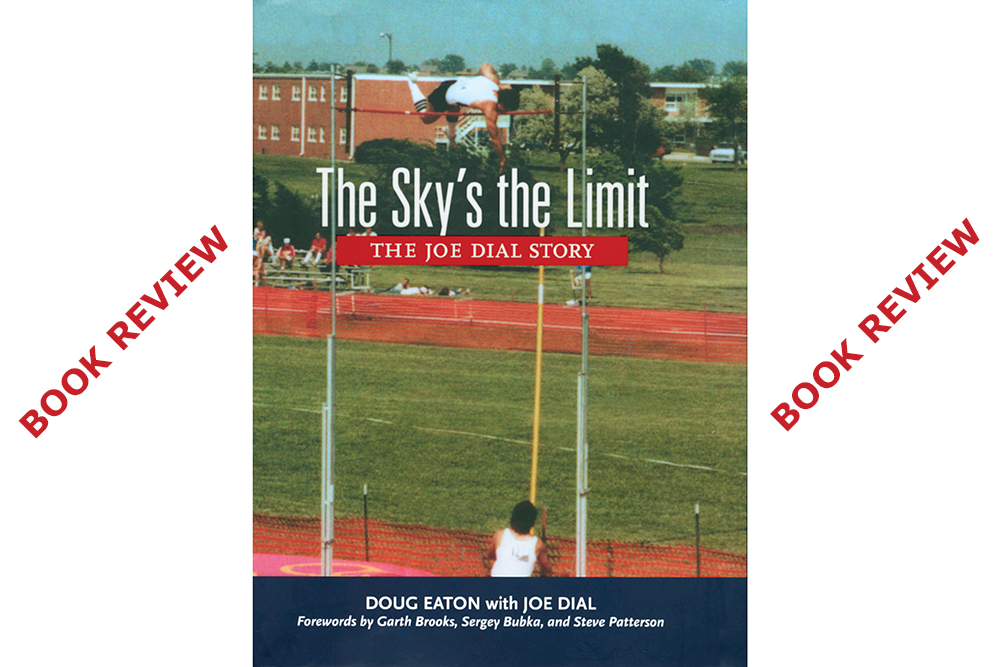 Attorney/sportswriter Doug Eaton has taken on the job of writing the Dial biography. For the most part it’s a workmanlike effort, but I wish more care had been taken with the facts. Two cases in point: 1. The ’84 Sunkist Indoor meet report is a total trainwreck. The date was January 20, not 6, and though that was the meet where Joe supposedly had an epiphany watching Sergey Bubka vault, neither Joe nor Sergey competed in that meet. It was won by Billy Olson. 2. Eaton claims that volzing (steadying or replacing the bar with your hand) is still legal. It’s not. And misspellings like Strataman (for Strawderman) and Vokof (for Volkov) do not give confidence in the accuracy of the rest.

Still, hardcore pole vault fans will enjoy reading the book. It tells of the close bond between Joe and his father Dean—who coached Joe his entire career—and how they’d practice from dawn to dark and study video with the goal of making Joe the world’s greatest vaulter. It also reports on his post-competition career as a track coach, most notably with a long career at Oral Roberts. Vault aficionados will also be struck by the tribulations of transporting vaulting poles: watching taxi after taxi pass you by, convincing airline check-in personnel that their own manuals permit him to check his poles (and no, he won’t have to saw them in half), securing the poles on a local bus well enough so they’d not fall and knock a passenger unconscious (that happened in Czechoslovakia). Also of interest is the long list of injuries and surgeries that plagued Joe during his career, from 8 hamstring pulls to ruptured and herniated disks (necessitating 6 back surgeries and 1 neck surgery) to stress fractures and torn tendons, indicative of how vaulters must suffer “for their art.”

Eaton paints a picture of a man of humility and character, a good Christian and family man, and an athlete who has influenced and taught many others (including many family members and relatives) on the finer points of vaulting. Oh, and there are forewords by singer Garth Brooks and Sergey Bubka. Brooks was a teammate (a javelin thrower) of Joe’s at Oklahoma State.

The book is $24.95 from Gold Medal Publishing, www.goldmedalpublishingllc.com.