TRACK & FIELD has been the sport of diversity barrier-breakers: Jim Thorpe, Jesse Owens, Jackie Robinson (NCAA champion in the long jump), Tommie Smith, John Carlos, Wilma Rudolph, Babe Didrikson, Jackie Joyner-Kersee, Caitlyn Jenner. There is a great story behind each of these figures, and what they have done to advance diversity, not only in our sport, but for the whole sports world. I believe track & field—through these pioneers and activists—has experienced and fostered diversity more than any other sport. It is vital that we recognize this in a tumultuous time that includes painful collegiate budgetary decisions.

The reason our sport can do this so well is because of the requirements of organized competition and the variety of tests of individual differences it encompasses. Human prejudices no longer validate this sport, electronic measuring devices do. So when there is an attempt to say some person or persons are better—or that this human being deserves more or less based on looks, their beliefs, or where they came from—this sport adheres to data for documenting performance in events! The performances speak for themselves. These aims and purposes support diverse opportunities.

Unfortunately, all too often there are people so stuck in their ways that actual performances do not generate speaking power. When this occurs, those with a stage, as accomplishments provide, may have to seize the moment, to open eyes, to create an unease, a discomfort.

The sad reality is that because these actions are uncomfortable, they challenge and break norms. These acts never seem to work at the outset. However, when the ideals are based on truths and humanity, these acts can endure.

Take a long, hard look down the road you will have to travel once you have made a commitment to work for change. Know that this transformation will not happen right away. Change often takes time. It rarely happens all at once. In the movement, we didn’t know how history would play itself out. When we were getting arrested and waiting in jail or standing in unmovable lines on the courthouse steps, we didn’t know what would happen, but we knew it had to happen.

Nothing demonstrates all the preceding more than what Tommie Smith and John Carlos endured.

In ’68, those two seized a moment. They quit thinking about themselves and all that goes with winning. Carlos said, “We decided that we weren’t going to run for glory for ourselves; we ran for glory for humanity.” Under the Olympics’ policy to falsely promote the games as non-political, what these two did was forbidden and, therefore, highly controversial. However, as Lewis also said, “Get in good trouble, necessary trouble, and help redeem the soul of America.” That’s what the two sprinters did.

They were praised and ridiculed for what they did. Smith said, “I knew for anything that was done, there would be repercussions… I didn’t worry about that. It was done because there was a need to stand up for those who did not have a platform to be heard.” Since what they stood for was true, today they are praised and seen rightfully as heroes.

That is at least the perception. Unfortunately, part of what they were fighting for was never truly realized in their own backyard. This is at the heart of the matter.

20 years after their famous stance, their school, called “Speed City,” ended sponsoring track & field. They said it was for financial reasons (“finances” was just another word for priority). This was despite the school’s amazingly successful history in the sport, including winning an NCAA team title in ’69, 9 Olympic medals and 43 World Records. What could be a greater slap in the face to these athletes than to be told that what you did, no matter how great, is not good enough for the school you brought so much glory?

Pushed by student initiative, despite the administration, in ’05 the school erected a 23-foot high monument to the Olympic heroes. That was nice, but it was lip service. They basically said, You can say your piece, we will honor that, but what you fought for, “opportunity,” that we cannot give you.

Finally, in ’16, under great fanfare, it was announced, at the famous fist in the air monument, that men’s track & field was being reinstated. With it, San José State was rebuilding the famed Bud Winter Track.

University president Mary Papazian said, “In bringing back a once-storied program known the world over and building a new track & field venue, we are welcoming home and reuniting with a group of Spartan legends who have left their mark in sports and society.”

In ’18, the half-century anniversary of the podium protest, men’s track & field was reinstated. In ’19, the school did a Lucy-pulling-the-football-out-from-under-Charlie-Brown move. They bulldozed over the famed Speed City track to put in a parking lot. This was despite the original allocation of $3 million to the facility.

Carlos said of the move, “They are trying to dispose our history with the school. I’m sure down the line they are going to try to pull our statue down too. It’s wrong. And it’s been wrong how they’ve treated our history for some time.”

It was now OK to have a team, but the school still was not committed to the reason to join a program. That is to learn to give your best and to at least try to win. It is like providing a reading class without books.

Ironically,San José State was looking to build a special tribute at the garage to honor Speed City and the legendary coach. This is a familiar system of covering up sins with a monument, when what is really needed is opportunity. Martin Luther King did not march to have boulevards named after him, of which he deservingly has many, but to provide equitable roads to opportunity.

Unfortunately, this San José story is a metaphor for what is going on with our beloved track & field. It is the frustration of marginalization.

The data is on our side, overwhelmingly, on how valuably diverse our sport is. Here is a sport that is the No. 1 participation sport, overall, in high school. Boys track had the highest growth of all high school sporting activities in 2019. It is the No. 1 NCAA Div. I sport for Black female opportunity and the No. 2 for men. Its coaching ranks are diverse. This is a sport, like no other, that has fully integrated both genders into everything they do. The teams, when done right, can be the most diverse organization on campus (“done right” is when there is a whole, balanced program, with athletes in every event area trying to succeed as a team, not specializing in one or two event areas). It is a sport in which winning as a team requires diversity.

Brown University had to be strongly reminded of these values when reversing its decision on cutting the sport. It said eliminating men’s track & field/cross country from varsity status “would have lasting implications for efforts to build and sustain diverse and inclusive communities for students at Brown, and particularly for Black students and alumni.” There was also a “compelling case that eliminating the men’s program would adversely impact the women’s program.”

Despite all these great characteristics—which are extremely strong educational values—there are some in charge without the conscience of Brown University that don’t seem to be afraid to bulldozer over any of these values. Even if that program is a “storied program known the world over.”

We cannot be afraid to point out this injustice. Remind every university president, athletic director and coach that this is “school.” Students are first. In the athletic department, the athletes are first. It is not built around those in charge, or their opportunities to make big money, but around those they are charged with educating. We could get through all the messes caused by the crises of the day, if those priorities were really first.

We must remind ourselves that we are a big numbers sport. We must stand up for lost Black opportunity. Real gender equity is important. We are the “diversity sport” and we should defend that loudly with our numbers. We have to pose the question, Why is it that almost every high school can afford the sport, but some universities with athletics budgets as high as $130 million cannot?. This will make some feel uncomfortable. However, I think our sport’s value is worth getting into some “good trouble” to protect.

Please think of all those listed at the top of this article and ask, “Where would we be as a society without their opportunity to compete?” Just as important is, “Where would they be, and individuals like them?”

Tommie Smith and John Carlos would tell you this opportunity matters. 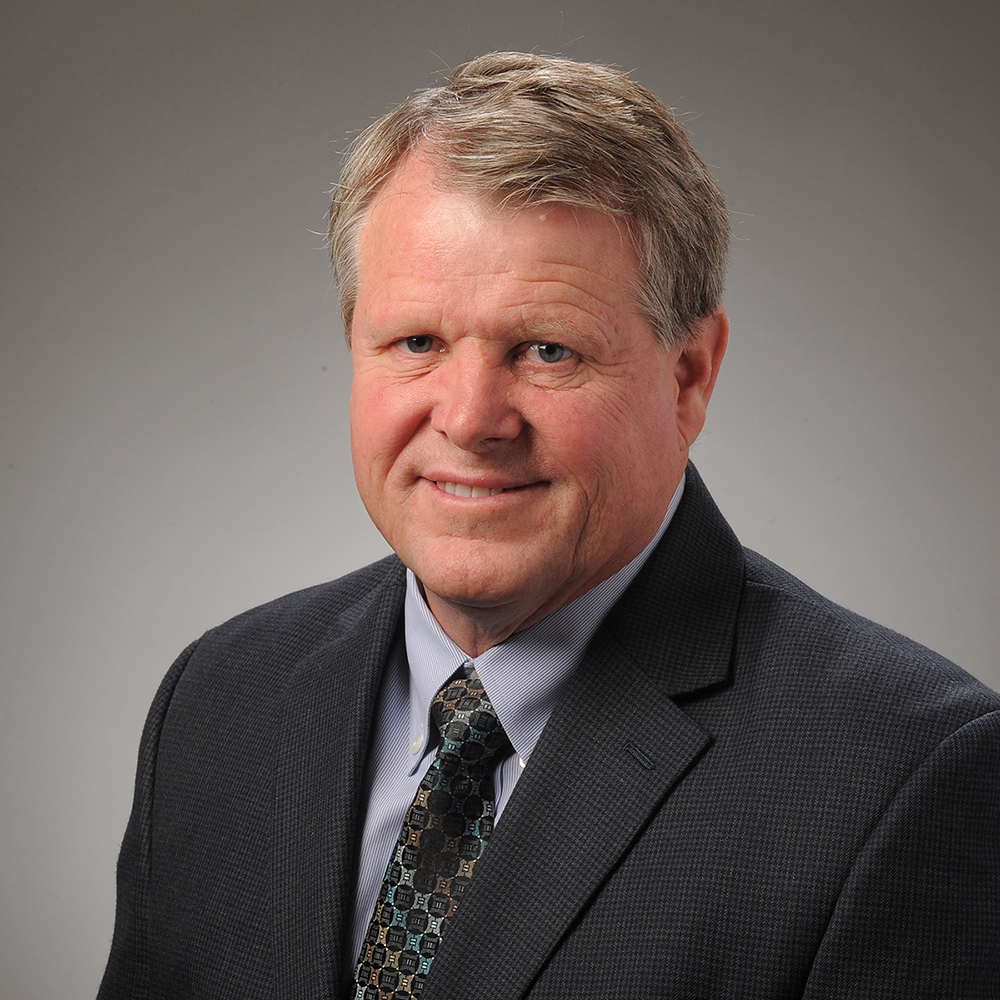 Dennis Mitchell is the 25-year head coach at the University of Akron, producing 16 men’s and 15 women’s MAC team titles, along with 9 individual NCAA crowns. Previously, he was assistant coach at North Carolina and Texas. He was the ’06 Team USA men’s coach vs Russia, China and Great Britain.

« Movie Review — The Stand: How One Gesture Shook The World
Minnesota Men’s Program Gets The Axe »
Get Full Access