In the end, however, relatively unheralded Sharon Lokedi pulled off the upset in her debut at the 26.2M distance. The 28-year-old Kenyan didn’t take the solo lead until the final mile and finished 7 seconds clear of Israel’s Lonah Salpeter.

On a warm and humid morning, the early pace was cautious but not sluggish. The leaders came through 5K in 17:15 and 10K in 34:24, and the pace quickened only slightly over the next several miles. A pack of 11 reached halfway in 1:12:17, which indicated a solid time was possible on a notoriously slow route. Margaret Okayo had been just 10 seconds quicker when she set the current course record (2:22:31) in ’03.

Among those still in contention were Ethiopia’s Goytatom Gebreselassie, coming off a world title in July; Salpeter, who took bronze at the WC and holds a 2:17:45 PR; last year’s runner-up, Viola Cheptoo; ’20 Olympic Trials champ Aliphine Tuliamuk; and two debutantes: Hellen Obiri, a world champion in cross country and track, and Lokedi, who was perhaps best known for winning the ’18 NCAA 10,000 title for Kansas.

By 30K, Gebreselassie, Obiri and Cheptoo had built an 11-second cushion over Lokedi, Salpeter, Tuliamuk and Kenyans Edna Kiplagat and Caroline Rotich and it appeared the podium was set. But Lokedi and Salpeter worked together to reel in the leading trio by 35K. Soon Cheptoo was starting to fall behind, and in the 24th mile Obiri was also dropped by the leaders.

The new trio didn’t last much longer, as Lokedi and Salpeter continued their momentum and Gebreselassie couldn’t keep up. Just past 40K, Lokedi had finally taken sole control of the race. She crossed the Central Park finishline in tears in 2:23:23, with Salpeter (2:23:30) and Gebreselassie (2:23:39) not far behind.

“Perfect weather for me,” said Lokedi, who is based in Flagstaff, Arizona, but did much of her training for this race in her home country. “I came from Kenya, so it was really hot. I was expecting it to be really cold [in New York], but it turned out to be good weather.”

With a string of solid road races last spring, Lokedi was certainly not to be overlooked, but even she wasn’t expecting to win. “I wanted to be in the race. I knew I was strong. I had really good training,” she said. “So I just wanted to go and put myself in it and race and just see where I ended up. Halfway through I felt really good. I had really good help from Salpeter and we helped each other.”

Gebreselassie capped an impressive year that included a 3rd in the Tokyo WMM in March (2:18:18) and the WC gold in Eugene (2:18:11). “The World Championships was a rather tough race, so to have recovered from that and run well here makes me very happy,” she said.

Tuliamuk, coming off an ankle injury that hampered her buildup, took 7th, setting a PR 2:26:18. “If we’re being honest, I think today’s race runs as one of the highlights in my career, just because it was an international field, and incredibly amazing field assembled by New York Road Runners,” said Tuliamuk, who was a DNF at the Tokyo Olympics and has raced sparingly since. “So I remember going into the race thinking, if I could get top 7 that would be really good. I think today was the first time I really had to concentrate on continuing to run my own race once I let the pack leave.” 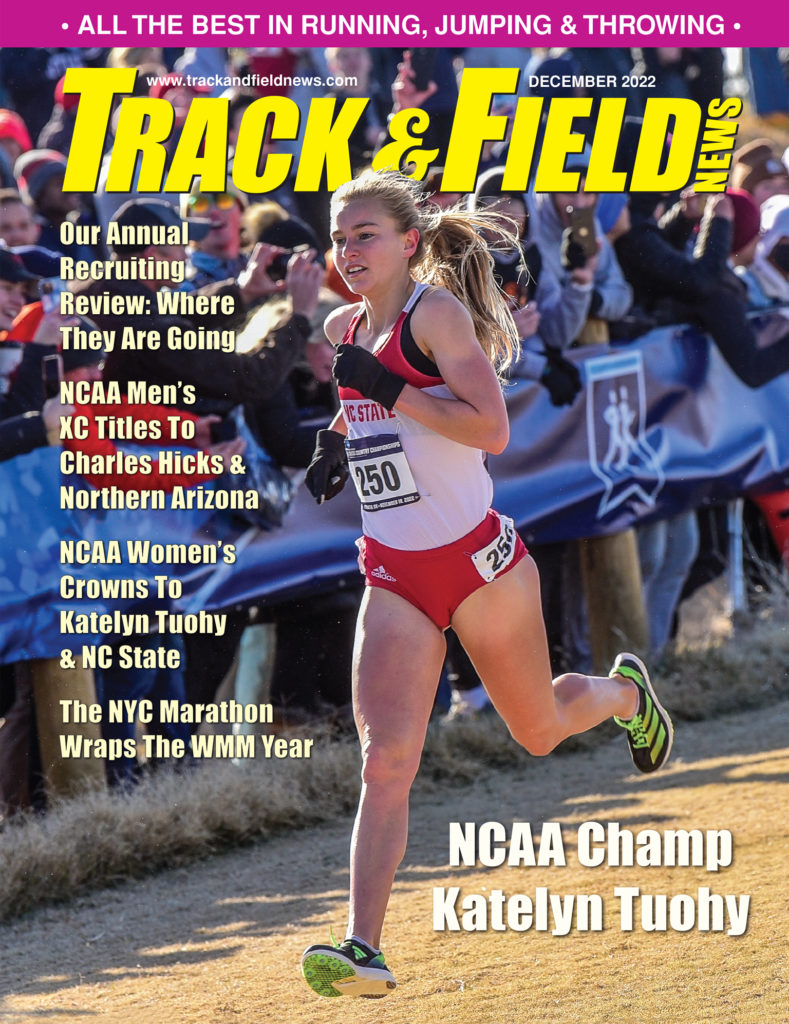