This is the first of a planned series of “Letters From Kenya” by Jason Karp who is currently living, coaching and training in Kenya.

Hello from Kenya! I’m writing to you from Iten Club, a quaint café and restaurant just outside the gate of the famous High Altitude Training Center in Iten, Kenya. I just met with Emmanuel Kipruto, one of the many Kenyan runners; he has run 28:02 for 10K and 1:01:22 for half-marathon, both at altitude in Kenya.

“I ran 30 kilometers this morning,” he said in his Kenyan accent, as we sat down at 10 a.m. at Iten Club for some Kenyan chai tea.

There are hundreds of runners here like Kipruto, all literally running for their lives, training to run fast enough to attract an agent or a manager to help them get sponsored to race in the U.S. and Europe so they can have a chance to earn some money and escape poverty.

To get faster and chase their dreams, the Kenyan runners have specific habits that can benefit your athletes. Here are five of them.

Like a pack of wolves traversing the wilderness together, Kenyan runners train in groups. While pack life for wolves ensures the care and feeding of the young and enables them to defend their common territory, group running for Kenyans ensures competition to push the pace for the more seasoned runners, while providing careful training and motivation for the lower-level runners, who practice holding on to the group pace.

Have your athletes train in groups of runners of similar abilities, with one of the runners designated as the leader who controls the pace. In each of the groups, include one or two runners who are not quite as fast, who will be pushed by the faster runners and give them a goal to work toward.

A senior member of the Kenyan running group dictates the pace of the run. No one is allowed to pick up the pace on his or her own. Everything is controlled.

This is a difficult concept for many U.S. runners to understand. When I was in college, there was a guy on the cross country team who always had to be in front. He would push the pace all the time because he had to always finish each run ahead of everyone else. That’s immature, and shows ignorance of how to train properly. Most runners run much faster than they need to meet the purpose of the workout. I have seen this countless times over my coaching career.

Your athletes shouldn’t do workouts to practice running faster; they should do workouts to improve the physiological characteristics that will enable them to run faster in the future. To do that, they should run only as fast as they need to meet the purpose of the workout.

Most of the Kenyan runners don’t run with a GPS watch on their wrists; only the top runners can afford one. Instead, they run by feel. Every run, every fartlek, every interval workout not done on a track is done by feel. Through months and years of practice running with others in groups, the Kenyan runners have learned what different paces feel like, and they become masters of the pace and of the effort it takes to run a specific pace.

When your athletes become a master of the pace and of the effort, they become masters of themselves, and they won’t make mistakes like starting every workout or every race too fast, only to slow down in the second half. Instead, they start at the pace they know they can hold the entire workout or race because they have become expert judges of the pace, and then are in a position to run faster toward the end. Tell your athletes to leave their GPS watches at home and coach them to run by feel.

Not only do the best Kenyan runners run high mileage; they all do. Most of the marathon runners run upwards of 115 miles per week, while the shorter distance runners run slightly less. Even the runner ranked 5,865th in Kenya runs high mileage. Running 100 miles per week is nothing special in Kenya. This training approach is in contrast to many U.S. high school and college cross country and track programs, which focus on speed work to prepare for many races throughout the school year. The Kenyans race infrequently, and instead focus on developing their aerobic systems to their highest potential through high mileage, running 11 times per week.

Although volume has a significant impact on nearly every runner’s success, high school and college runners need to increase their mileage slowly and methodically, matching the training to what they can handle each year. Injuries like shin splints (medial tibial stress syndrome) and stress fractures are common among young runners, who are subjecting their bones to a new stress. From their current starting point, whether zero, 20, or 50 miles per week, slowly increase your athletes’ mileage until it’s time to back off to taper prior to the most important end-of-season races. Don’t back off the mileage for every race every weekend; all that does is retard their aerobic development.

Don’t feel pressure to rush into speed work because of a hectic race schedule that begins at the beginning of the school year and doesn’t end until the end. Explain to your athletes the training process and the patience that goes into that process, and get them to buy into it. Although throwing many interval workouts and races at runners can improve fitness quickly, long-term progress should not be subordinated to short-term results.

In the developmental years, training intensity needs to be carefully controlled, with the major increase in training from year to year coming from volume, sprinkling in just enough intensity at the right times to get the job done and keep the athletes interested and motivated. The more aerobically fit runners are, the more they will ultimately get from their subsequent speed work. And since your athletes likely did not grow up walking and running to school like the Kenyan kids, they need to make up for lost time.

Every Thursday at 9 a.m. in Iten, about 200 Kenyan runners (and a few visiting Caucasian runners, referred to as mzungu by the locals) collect at a trailhead at the side of the road for the famous Iten Fartlek. It is a special event and impressive to watch. The fartlek is 5K to 10K on rolling dirt, rocky trails.

A combination of two Swedish words that, when put together, translate to “speedplay,” fartlek running dates back to 1937, when it was developed by Swedish coach Gösta Holmér, who used it as part of Sweden’s military training. Many of the Kenyan runners in Iten don’t have transportation or the financial means to use the few available tracks, so they rely on fartleks for their quality workouts. Fartleks allow your athletes to play with changes in speed and to have fun while doing quality workouts determined by effort.

Coach, I hope you’ll find these tips useful so that your athletes can run like the Kenyans!

Mpaka wakati ujao (Until next time), 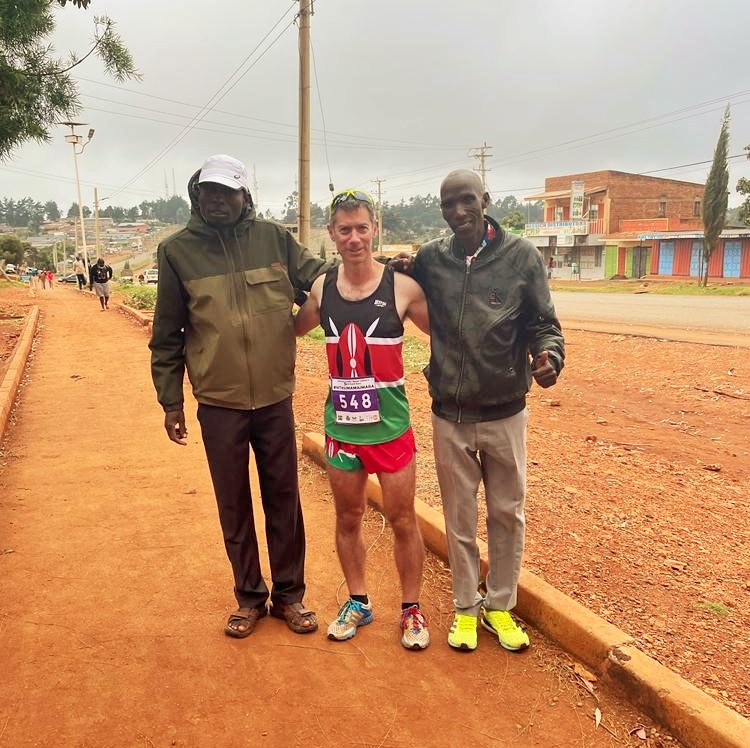 Dr. Jason Karp is an American distance running coach living and coaching in Kenya. He is founder and CEO of the women’s-specialty run coaching company Kyniska Running. The passion for running Jason found as a kid placed him on a yellow brick road that he still follows as a coach, exercise physiologist, speaker, and best-selling author of 12 books and more than 400 articles. He is the 2011 IDEA Personal Trainer of the Year and two-time recipient of the President’s Council on Sports, Fitness & Nutrition Community Leadership award. His REVO2LUTION RUNNING™ certification has been obtained by coaches and fitness professionals in 25 countries.