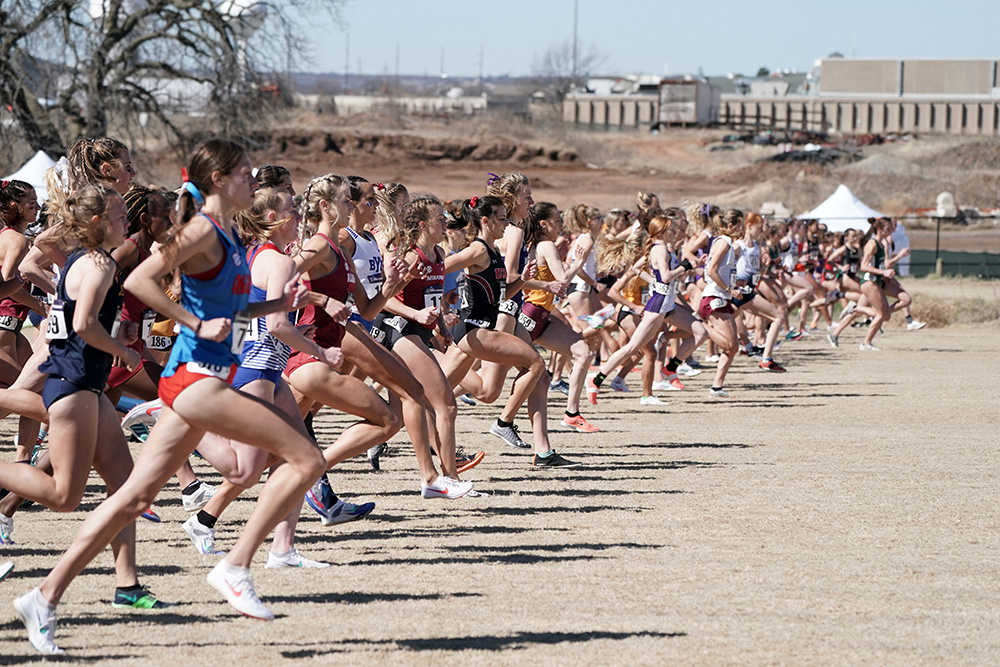 And they’re off! The NCAA returns to Stillwater, which hosted the ’20 Nationals in March of ’21. (KIRBY LEE/IMAGE OF SPORT)

TRYING TO READ THE TEA LEAVES is about all that is available when one attempts to analyze the NCAA Cross Country scene for this mid-September posting.

At this point, none of the teams have been tested in significant competition and the condition of some of the top runners almost seems to be a closely-guarded secret as Oklahoma State prepares to host the big meet on November 19.

One big factor for success in Stillwater is the course itself, which more than a few coaches described in March ’21 as one of the toughest championship courses they had ever seen. It will favor strength runners, so fast times on the flat will not necessarily carry over well.

Coming up over the next few days will be links to the 4 detailed sections of our Div. I-based NCAA Cross Country Preview: