As the 2019 edition of the Berlin Marathon rolls up, check out this rewind: Almost 50 years after Bob Beamon extended the long jump World Record by 21¾ inches, Eliud Kipchoge produced a Beamonesque effort on the streets of Berlin (September 16, 2018), taking 78 seconds off Dennis Kimetto’s 2014 World Record to clock a spectacular 2:01:39.

“Professor Marathon,” Sean Hartnett, has drawn up a map of the Kenyan great’s run, forwarding to T&FN as a New Year’s contribution, and it is chock full of illuminating details. 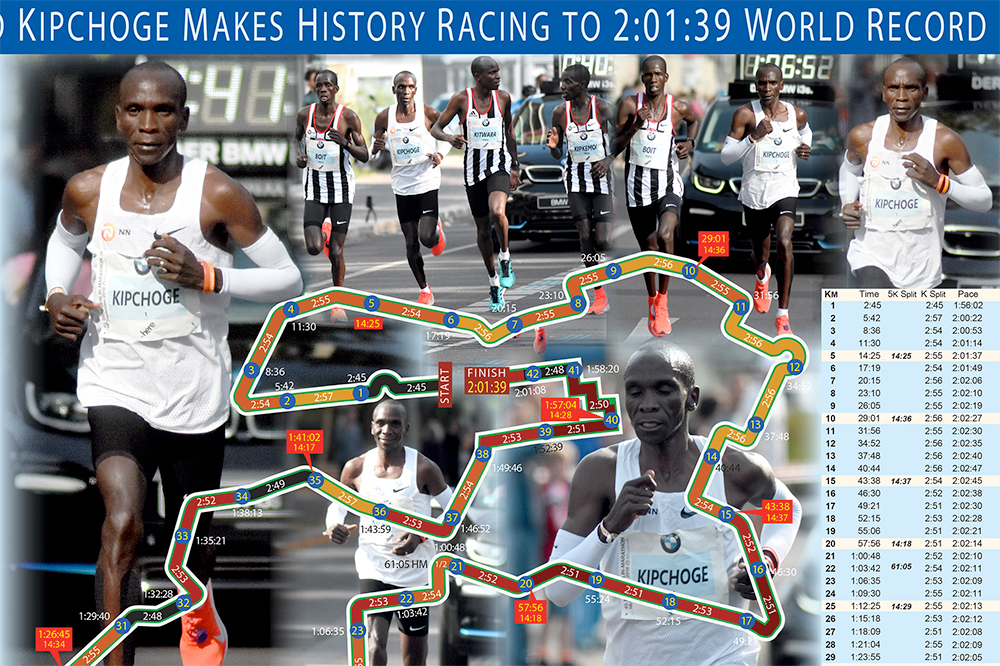 When "Professor Marathon” isn’t crafting topographical maps and pace charts for 26-milers around the world, he somehow finds time to teach geography at Wisconsin–Eau Claire, serve as the Founding Director of the Confluence Center For Chippewa River Studies and act as a DJ on a community radio program called “All Things 6 String." (Hint: Sean's the one in the photo who never set a World Record 😃)