Yet Another Title For Oregon As Season Ends 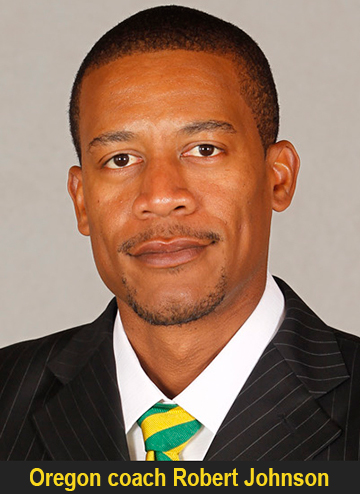 May 3—Oregon held on to win the Collegiate Women’s Dual Meet Championship, its fourth in the five years since the rankings were revived.

Robert Johnson’s team competed in just one “dual” meet, but it was a good one, as they defeated #4 Penn State, #5 Washington and #6 USC in their traditional Pepsi Team Invitational at Hayward Field.

#2 Texas A&M has yet to win this championship, but this is the Aggies’ third runner-up finish in the last four years.

Purdue’s #3 finish is the highest final ranking ever by a Big 10 women’s team, surpassing Illinois’s #4 in ’93.

To be ranked, a team must compete in one or more dual meets (defined as a scored meet between four or fewer teams) during the indoor or outdoor season. Teams are ranked on wins and losses, marks, and strength and depth of dual meet schedule. Teams are rewarded for taking dual meet competition seriously.

Rankings in four broad national regions are below.

The records set this year: