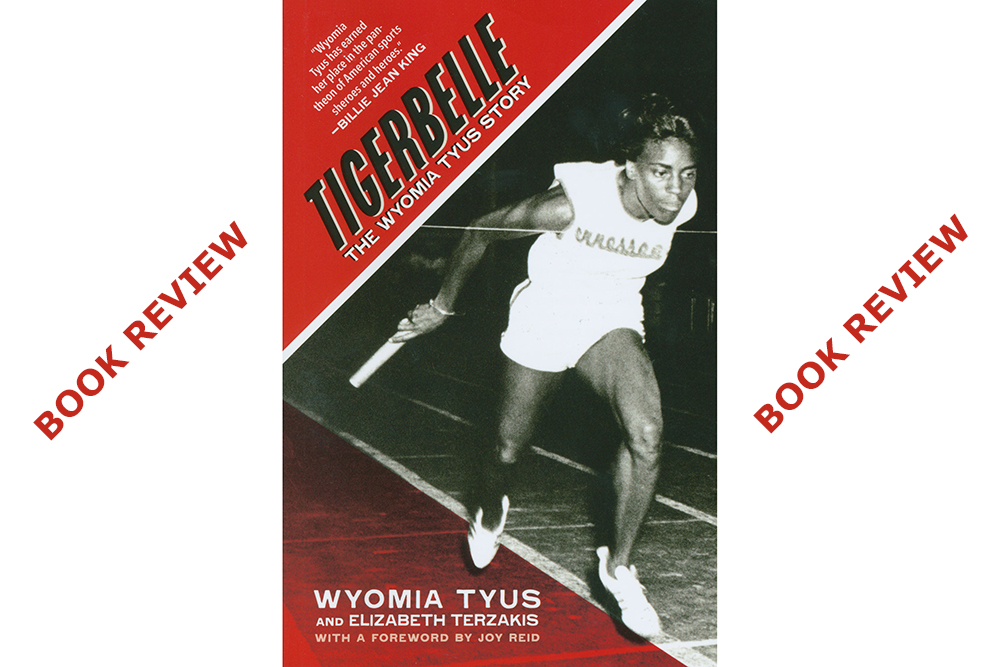 Any good track fan knows that Wyomia Tyus was the first person to win back-to-back Olympic 100 titles—’64 & ’68, two decades before Carl Lewis did it in ’84 & ’88 and long before those other multiple-century winners: Gail Devers, Usain Bolt (3 in a row) and Shelly-Ann Fraser-Pryce. But you had to be a good track fan to know that, to have Tyus in your pantheon of Olympic superstars.

In Tigerbelle: The Wyomia Tyus Story, the main takeaway—other than the fact that Wyomia Tyus was the No. 1 woman sprinter of her day—is how little attention was paid to women’s track then—50 years ago. The boycott talk promulgated by Harry Edwards in ’68 was pretty much an all-male affair—women athletes were generally not invited or asked. No one was pestering women track athletes for interviews. A special high-altitude Olympic Trials/training site was constructed at Echo Summit for the men, while the women went to a “separate and unequal” training camp in Los Alamos, New Mexico: hot, isolated, spartan. And perhaps to our own continuing shame, Track & Field News did not cover women then—that major change came a few years later.

If you’re looking for a book that recounts all of Tyus’s stats and competitive record, this is not that book. She set or tied the 100m WR 4 times, the first coming at the Tokyo Olympics in ’64 equaling legendary Wilma Rudolph’s 11.2 from ’61. Her final WR came at the altitude-aided Mexico Games, the first legal 11-flat (hand-timed). For auto timing, she’s in the books 3 times, her Mexico win worth 11.08. Times and records and other honors meant little to Tyus and she glosses over them. What mattered was winning her races, especially at the Olympics.

For 44 years Ed Temple coached the Tennessee State Tigerbelles, and produced a high percentage of America’s female Olympic medalists: Tyus, Rudolph, Edith McGuire, Madeline Manning, Kathy McMillan, and others. He was not just a coach; he was certainly a father figure to many of the girls, guiding them through their college and track careers into young adulthood. Tyus’s own father died when she was a teenager—a loss that took her many years to get over—and Temple’s influence and enduring presence in her life gets full credit.

In terms of reward, things are a bit different a half-century after Tyus ruled women’s sprinting, especially now that U.S. women often win more international medals than the men’s team. Flojo, JJK, Allyson Felix, Sanya Richards-Ross, and now Sydney McLaughlin—a number of African American women track stars have received considerable attention in recent years. And of course, there is monetary reward now—something not accessible to the stars of the amateur era.

But in general women’s track is still well under the radar, according to Tyus and her co-author Elizabeth Terzakis. The second half of the book deals mainly with the need for greater opportunities for black female athletes, not just track, but all sports, and for women athletes in general. Tyus was an early backer and activist with the Women’s Sports Foundation.

Tigerbelle tells a story of a great athlete in an unappreciated sport, a sport that, despite the money, is still undervalued and deserving of greater reward and recognition.