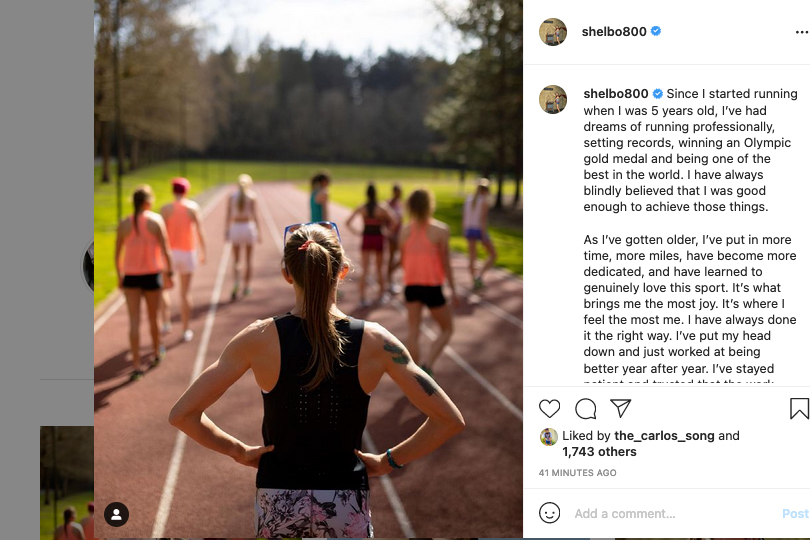 “… On January 14th, 2021, I received an email from the Athletics Integrity Unit (AIU), informing me a drug testing sample that I provided on December 15th, 2020 has returned as an Adverse Analytical Finding for an anabolic steroid called Nandrolone and that I am therefore subject to an immediate Provisional Suspension. When I got that email, I had to read it over about ten times and google what it was that I had just tested positive for. I had never even heard of nandrolone.

“I have since learned that it has long been understood by WADA (World Anti-Doping Agency) that eating pork can lead to a false positive for nandrolone, since certain types of pigs produce it naturally in high amounts. Pig organ meat (offal) has the highest levels of nandrolone.

“In the following 5 days after being notified, I put together a food log of everything that I consumed the week of that December 15th test. We concluded that the most likely explanation was a burrito purchased and consumed approximately 10 hours before that drug test from an authentic Mexican food truck that serves pig offal near my house in Beaverton, Oregon.” — Shelby Houlihan on Instagram

See Instagram posts below from Houlihan and Bowerman TC coach Jerry Schumacher for more details on this breaking story.