The Title Goes To LSU 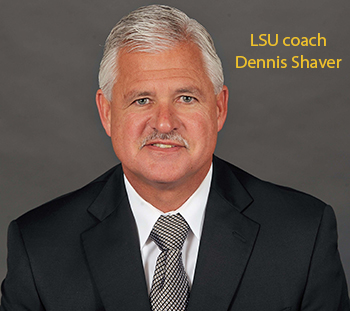 LSU won its third women’s dual meet national championship, to go with titles won in ’87 and ’13. Dennis Shaver’s Bayou Bengals competed in just a single “dual” meet, the Bat-tle On The Bayou quadrangular, but what a meet it was. The Tigers set two all-time dual meet records while defeating #4 Penn State, #7 Purdue, and #9 USC.

The 3-time defending champion Oregon Ducks were not eligible for ranking since they did not compete in any duals.  They had never before finished lower than #13 in the rankings.

To be ranked, a team must compete in one or more dual meets (defined as a scored meet between four or fewer teams). Teams are ranked on wins and losses, marks, and strength and depth of dual meet schedule. Teams are rewarded for taking dual meet competition seriously.