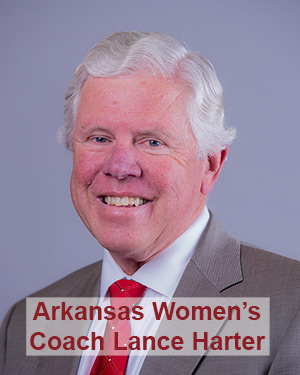 As on the men’s side of the competition, Arkansas has won T&FN’s dual meet title for the indoor season. This the first dual meet championship ever for coach Lance Harter and the Hog women.

The runner-up was Kansas State, just barely ahead of Texas A&M.

This, however, is just the halfway point in the collegiate season. The big prize, the overall indoor/outdoor dual meet championship, is still up for grabs. The preseason outdoor rankings will be released on March 19.

To be considered for a ranking, a team must compete in one or more dual meets (defined as a scored meet between 4 or fewer teams) during the indoor season. Ranking criteria include win/loss record, strength and depth of schedule, and quality and breadth of marks. The rankings reward teams that take dual meet competition seriously.