Athletes seeking selection to the upcoming Pan-Am Games (Lima, Peru, track dates August 6–10) based on 2019 performances have received an affirmative arbitration judgement. USATF had originally announced athletes would be invited to join the Pan-Am squad based on that criteria before a late and underpublicized decision to include 2018 performances. Although the Pan-Am entry deadline passed almost a month ago, in a July 19 decision, arbitrator Christian Dennie ordered USATF to select its team based on ’19 marks and ordered the USOPC (formerly USOC) to “make all reasonable efforts to have the athletes selected to represent the United States for competition in the Games…” 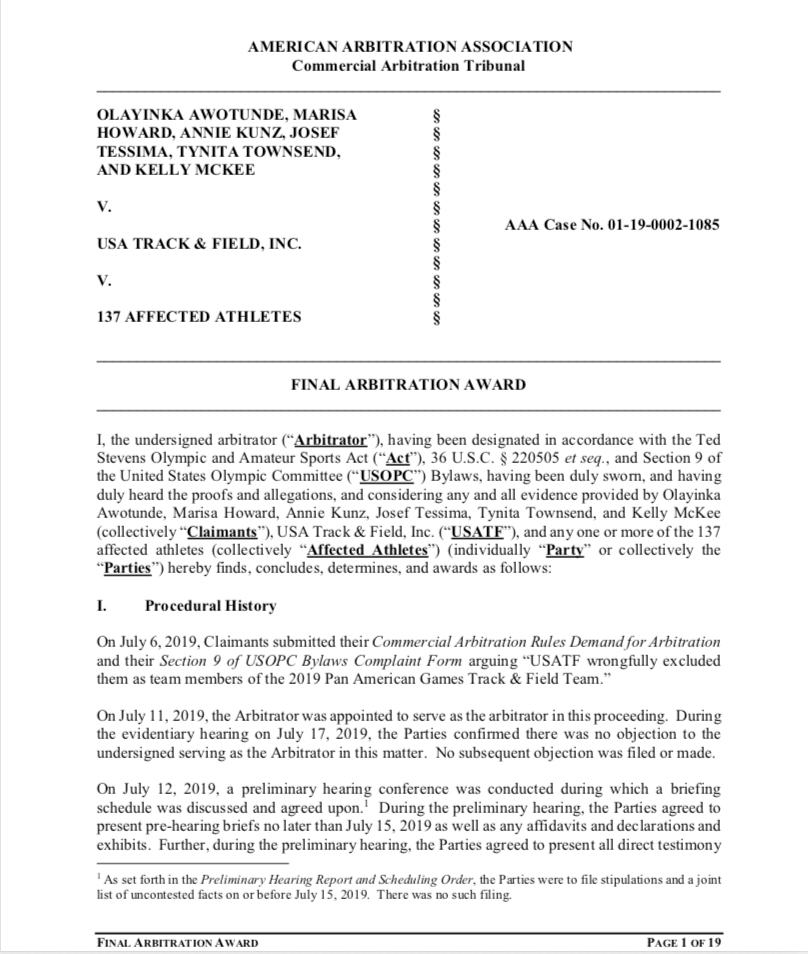