The United States Anti-Doping Agency has announced that two independent arbitration panels have decided coach Alberto Salazar and medical consultant Dr. Jeffrey Brown will receive 4-year sanctions “for orchestrating and facilitating prohibited doping conduct.” Click on the image below to read USADA’s release on the matter. 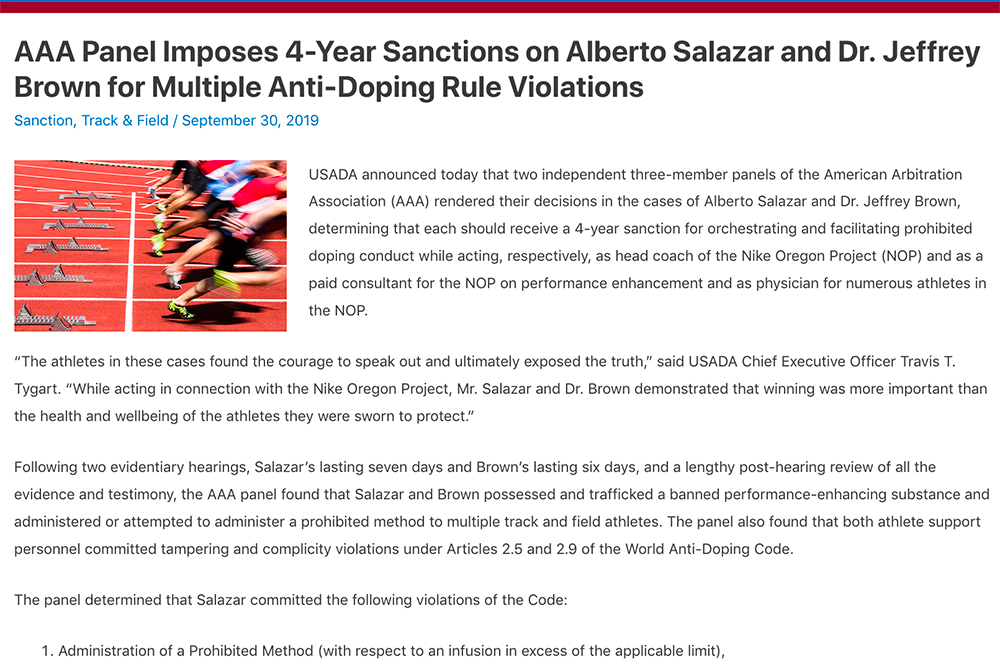